Deborah Roberts is Calendar's July artist of the month

These powerful collages will make you stop and think

Our artist of the month is mixed-media artist Deborah Roberts (b.1962), whose powerful collages take on social commentary by asking you to stop and think about perceptions of ideal beauty. In her piece titled “The Unseen, 2020” (pictured), a composite of photographs and found images from the internet make up the faces of two young Black girls, their dresses painted in blocks of colour and patterns drawing attention back to the details, the girls’ expressions, their innocence and purity, before understanding their Black female identity through a Western gaze.

In her own artist statement, Deborah Roberts writes: “Whether I was aware of it or not, otherness has been at the center of my consciousness since the beginning of my artistic career. My early ideals of race and beauty were shaped by and linked through paintings of Renaissance artists and photographs in fashion magazines. Those images were mythical, heroic, beautiful and powerful, and embodied a particular status that was not afforded equally to anyone I knew. Those images influenced the way I viewed myself and other African Americans, which led me to investigate the way our identities have been imagined and shaped by societal interpretations of beauty. Having one’s identity dismantled, marginalized and regulated to non-human status demands action. This led me to critically engage image-making in art history and pop-culture, and ultimately grapple with whatever power and authority these images have over the female figure.”⁠ 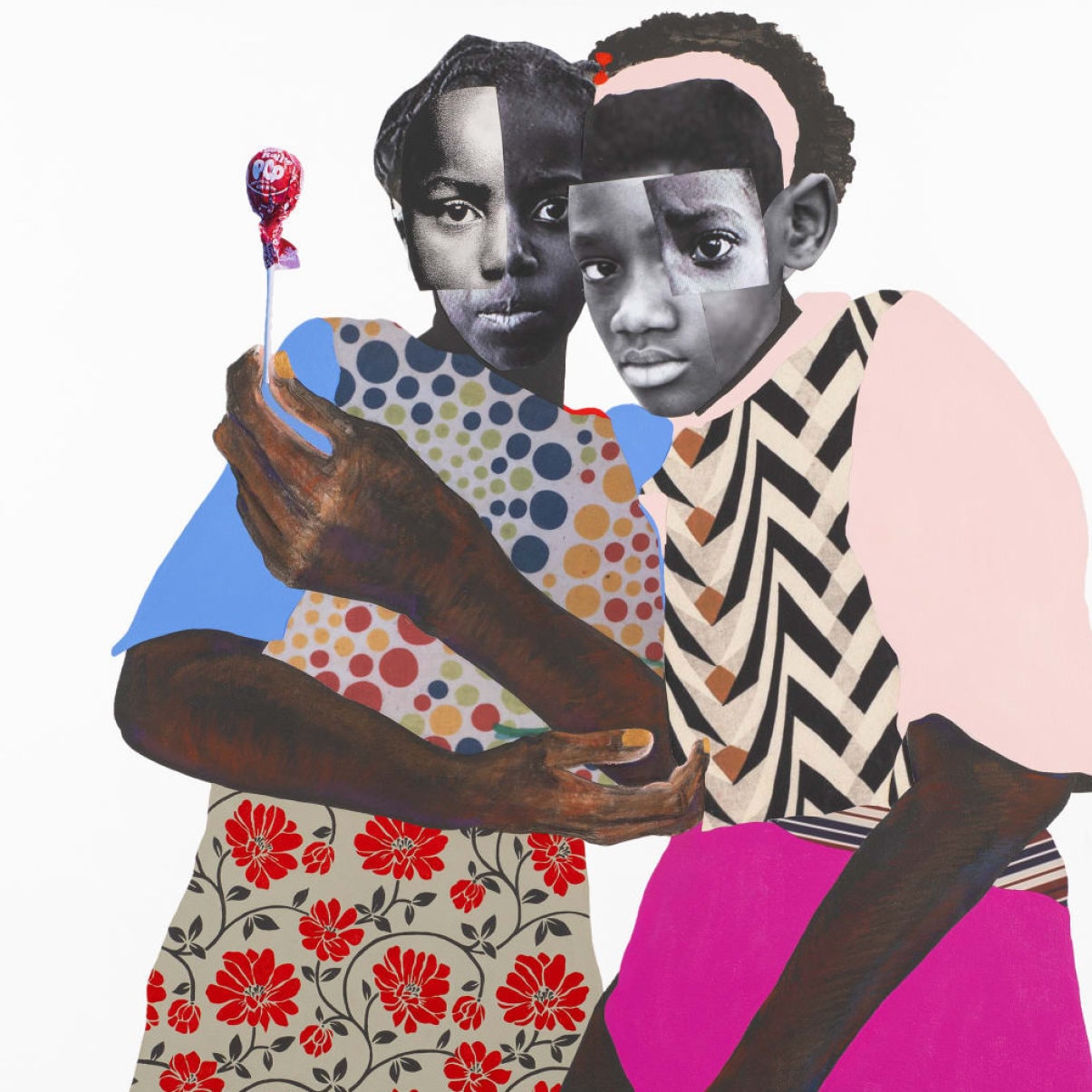