“I would describe my work in three words as playful, colourful and experimental”, says 23-year-old British designer Tega Akinola of her contemporary, undeniably cool upcycled accessories. “I really like sportswear and streetwear brands but I like to mix them with traditionally feminine styles and silhouettes. That’s my little niche right now.” Over the past two years, Akinola and her one-off pieces have earned a cult Insta following. She takes found and thrifted items from big-name sportswear brands (she’s riffed on Patagonia, North Face, Nike and more) and transforms them into ’90s-inspired mini bags in neon shades, knitted kitten heels and block-heeled sandals adorned with clips and pockets, all still bearing their original logos. Each one is completely unique, designed by Akinola and crafted in limited runs with the expert assistance of her mother, a self-taught seamstress – and, right now, demand is far outstripping the amount that they can create. 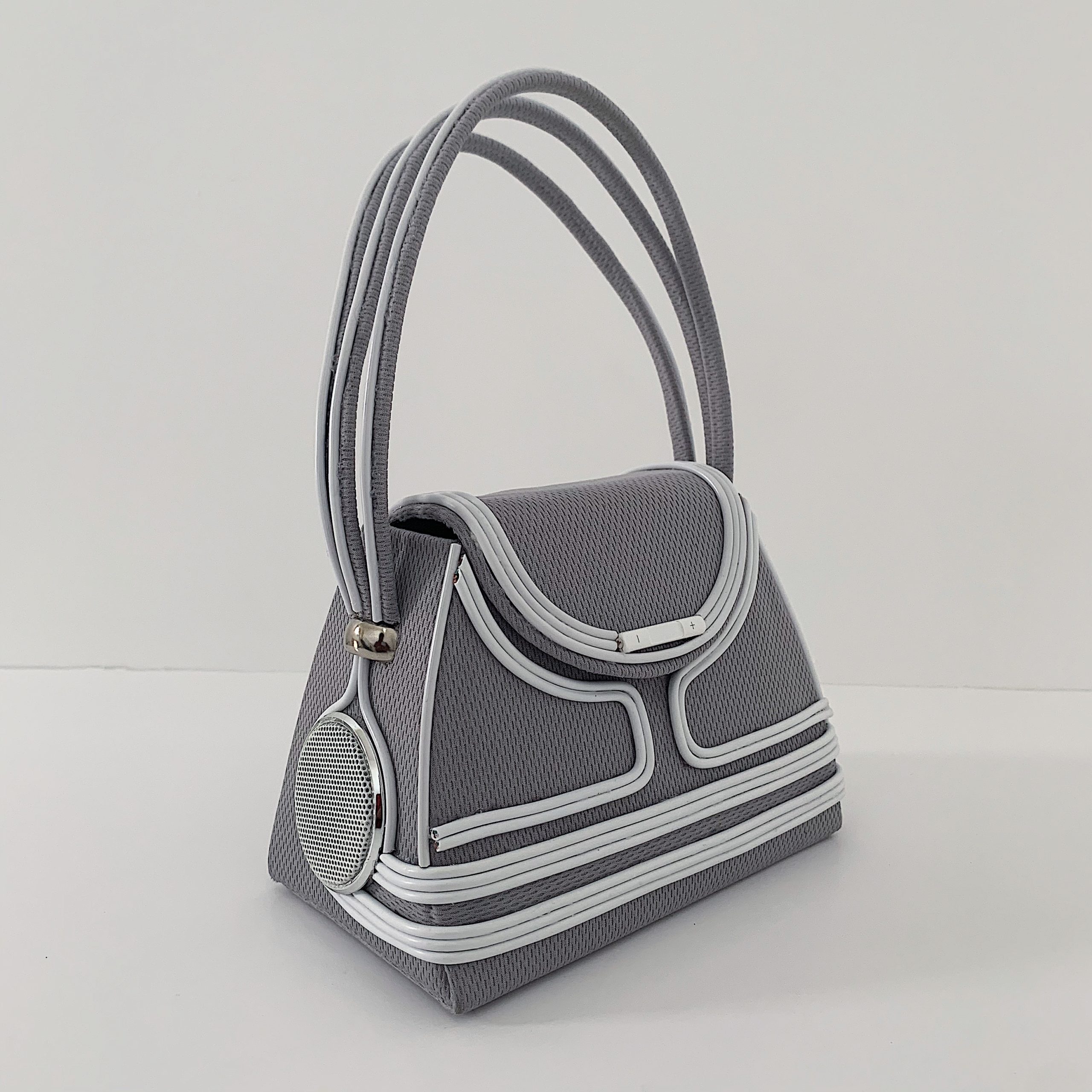 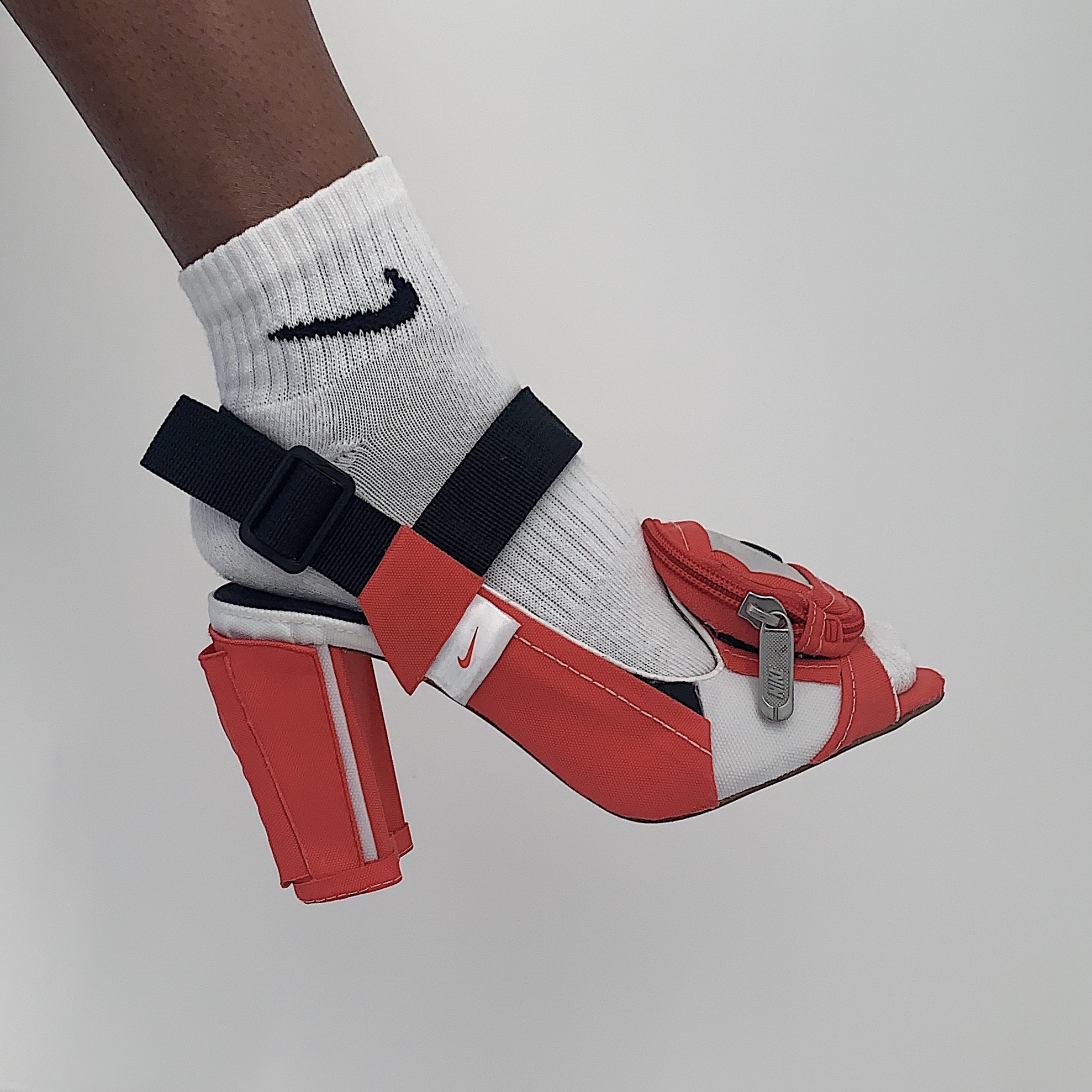 “I would describe my work in three words as playful, colourful and experimental. I really like sportswear and streetwear brands but I like to mix them with traditionally feminine styles and silhouettes. That’s my little niche right now.”

Akinola never meant to be a designer. Growing up, she would play dress-up and design clothes, but it never occurred to her that she could have a successful career in fashion. When she headed to university, she focused on her other passions and studied sports and exercise psychology. Her label started in lockdown as a hobby and much-needed creative outlet, fuelled by her love of another prolific upcycler’s work, Nicole McLaughlin. “The first fleece bag that I made was pretty much directly inspired by her,” says Akinola. “I think she brought upcycling to a really prominent level, especially on Instagram and within the industry. So, I thought, oh, she’s making really cool projects, and upcycling stuff – I can adopt that same ethos for my creative projects.” 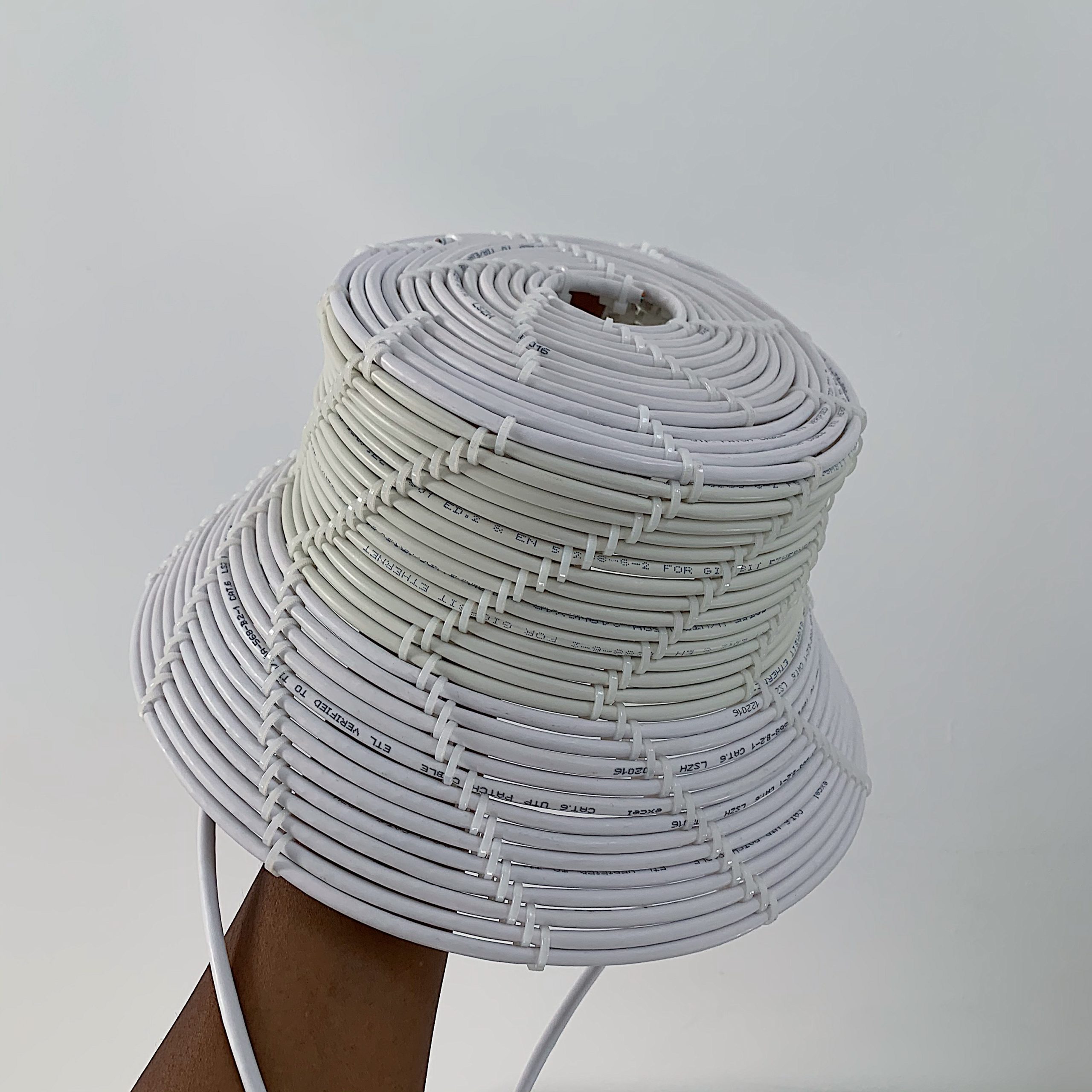 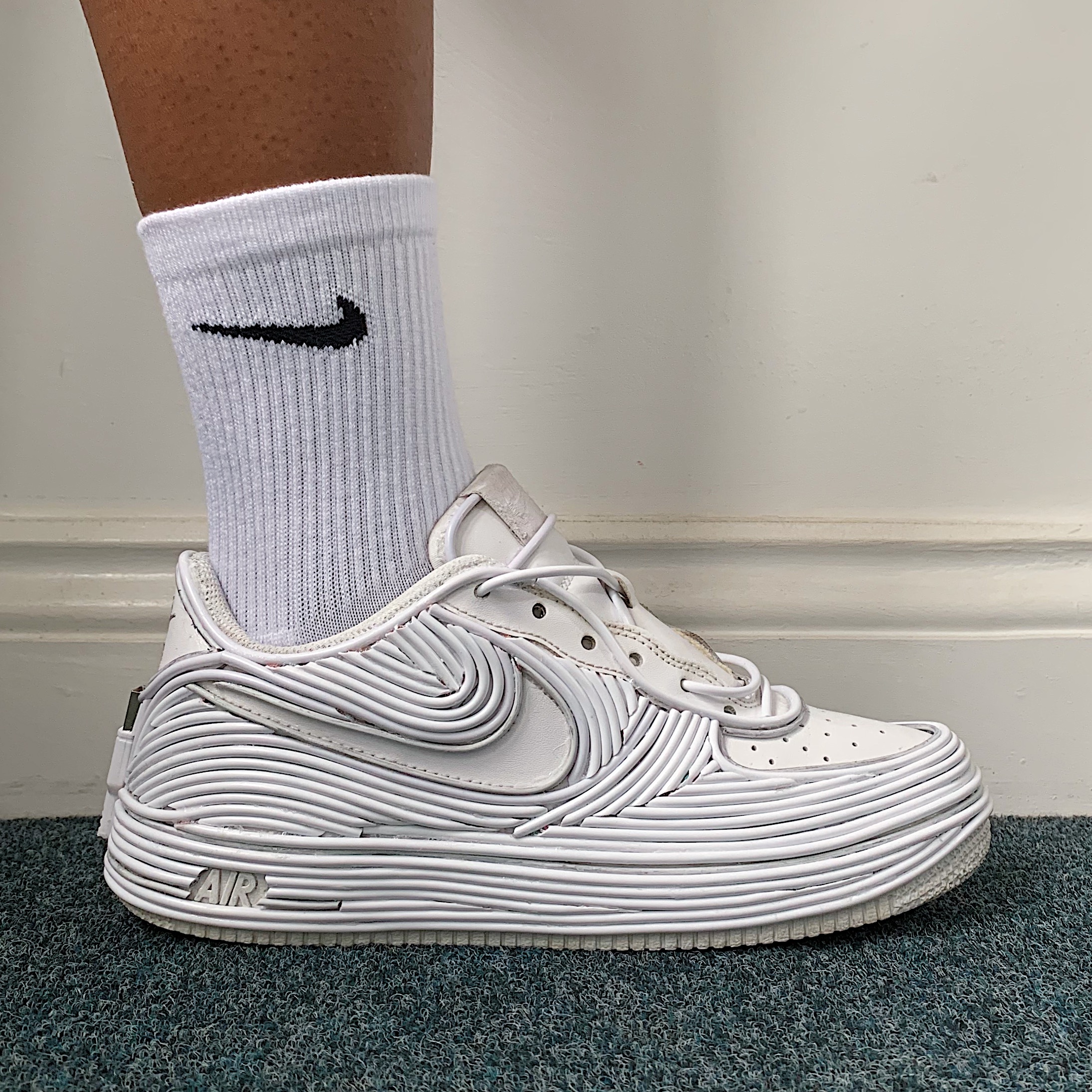 Reusing and reworking came intuitively to her anyway. “When I was younger, I always used to upcycle, it just wasn’t called that then,” she says. “If I had something in my wardrobe and I wanted to change it up or make it new again, then I would do it. Then, when I wanted to do creative projects, I didn’t want to buy new stuff and there wasn’t really any need to; some of the stuff I used was waste anyway, like the cables – I found them in my room. It started in an organic, authentic way and it really lent itself to the pieces I wanted to make anyway.” She has plans to scale the label up in order to offer pieces more consistently and maybe branch out into clothing at some point, and is working on ways to do so without compromising her responsible ethos. “I think it’s time for me to start doing my own branded stuff,” she says. “I think that’s the most sensible way to grow the business and actually do more to meet the demands of what people are asking for. And then I also wanted to do collaborations with brands. It’s good; it’s all going the way I want it to.”