"Selling clothes can be a genuine force for good, and that’s what interests me"

Bay Garnett started shopping sustainably by instinct long before it became a conscious choice. Ever since she was a teenager growing up in Somerset, the stylist has spurned the homogenous collections of big-name fashion brands in favour of the individuality that was offered up by happily rummaging through charity shops and thrift stores for one-off finds and statement-making treasures. And second-hand clothes haven’t just been the lynchpin of her wardrobe – they’ve shaped her career, too, from spurring her to co-found punk-spirited, anti-fashion zine Cheap Date in the 1997, through to her current work as a Creative Consultant for Oxfam. Even her first, now-iconic shoot for Vogue was a charity shop-themed affair, starring Kate Moss wearing clothes that Garnett had found by scouring her favourite London charity shops, Portobello Road market and New York thrift stores.⁠⁠ 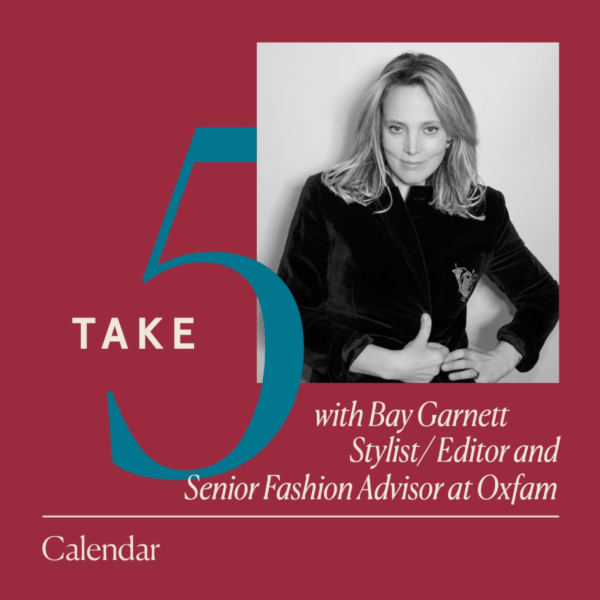 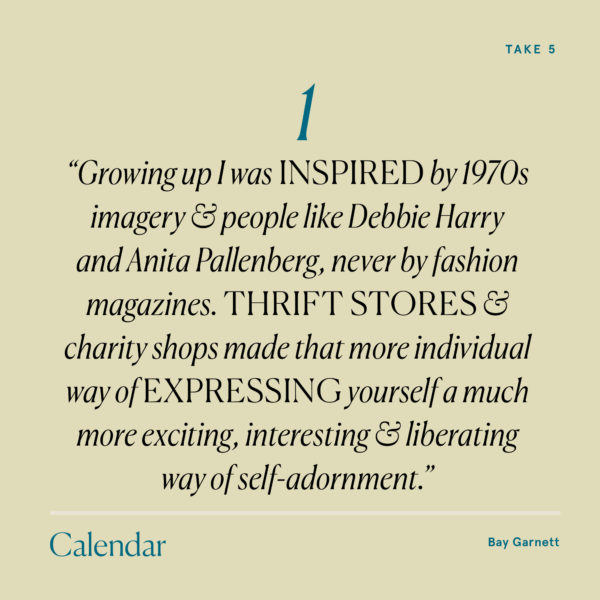 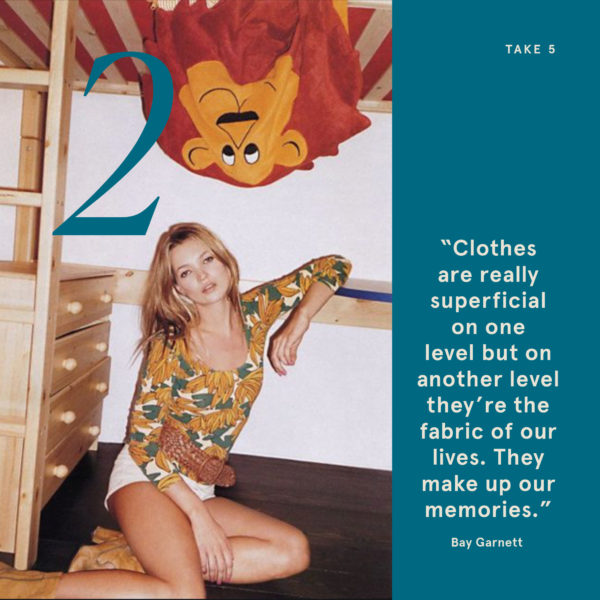 For Garnett, clothes are about self-expression and deeply personal storytelling. That’s why she started her podcast, This Old Thing, where she talks to inspiring, unswervingly stylish women like Chloë Sevigny and Rachel Weisz about their relationships with their most-loved clothes. And, while it started as a spirited, rebellious act of defiance against the fashion system, Garnett’s affinity with pre-loved pieces has gradually evolved into a passion for sustainability. “Buying clothes that were old, that had already existed, always felt a bit like going off grid from the system of commerce and that, at some level, related to sustainability, although it became a very articulated thought about that gradually,” she says. “But then I started working with Oxfam and it really hit home that selling clothes can be a genuine force for good, and that’s what interests me.” ⁠⁠ 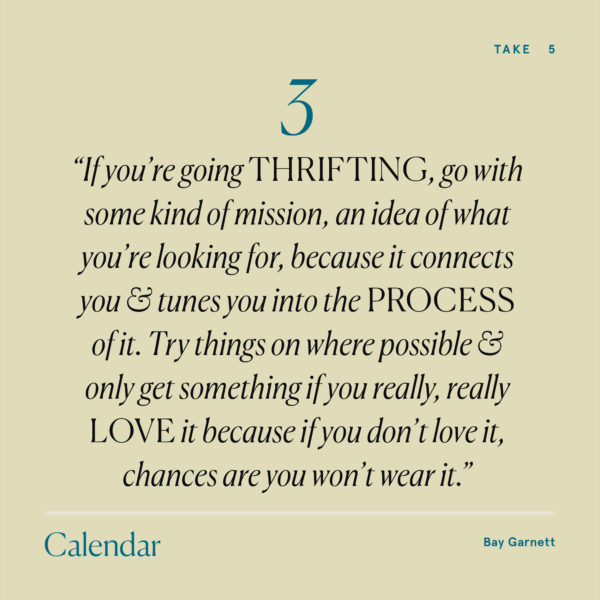 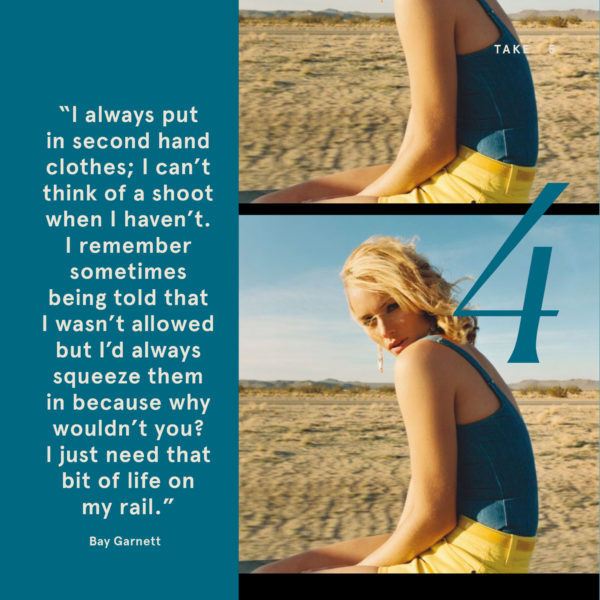 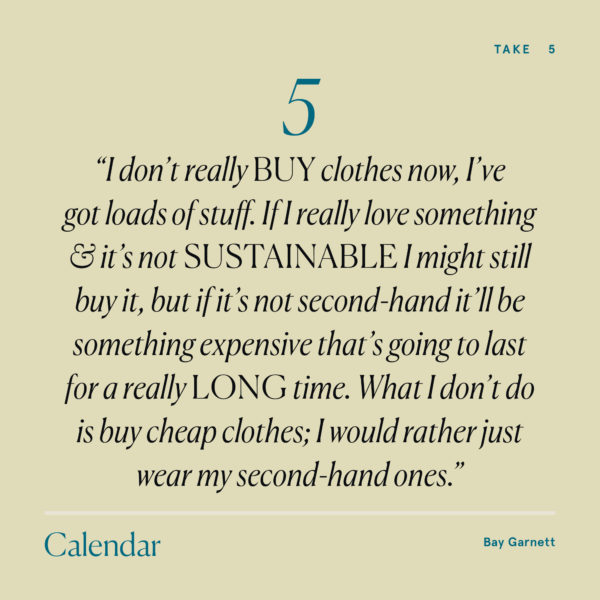 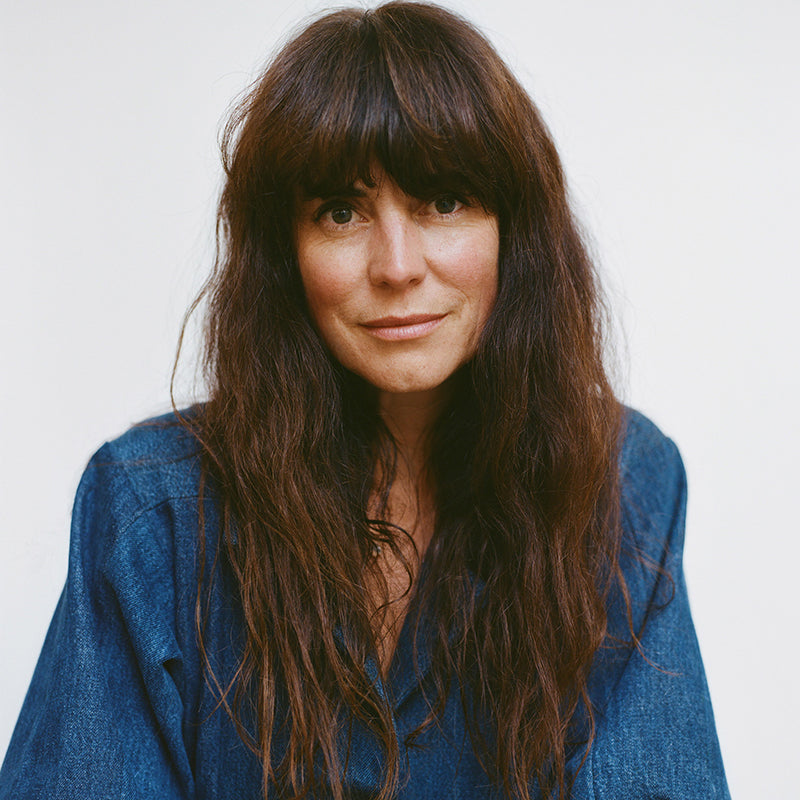 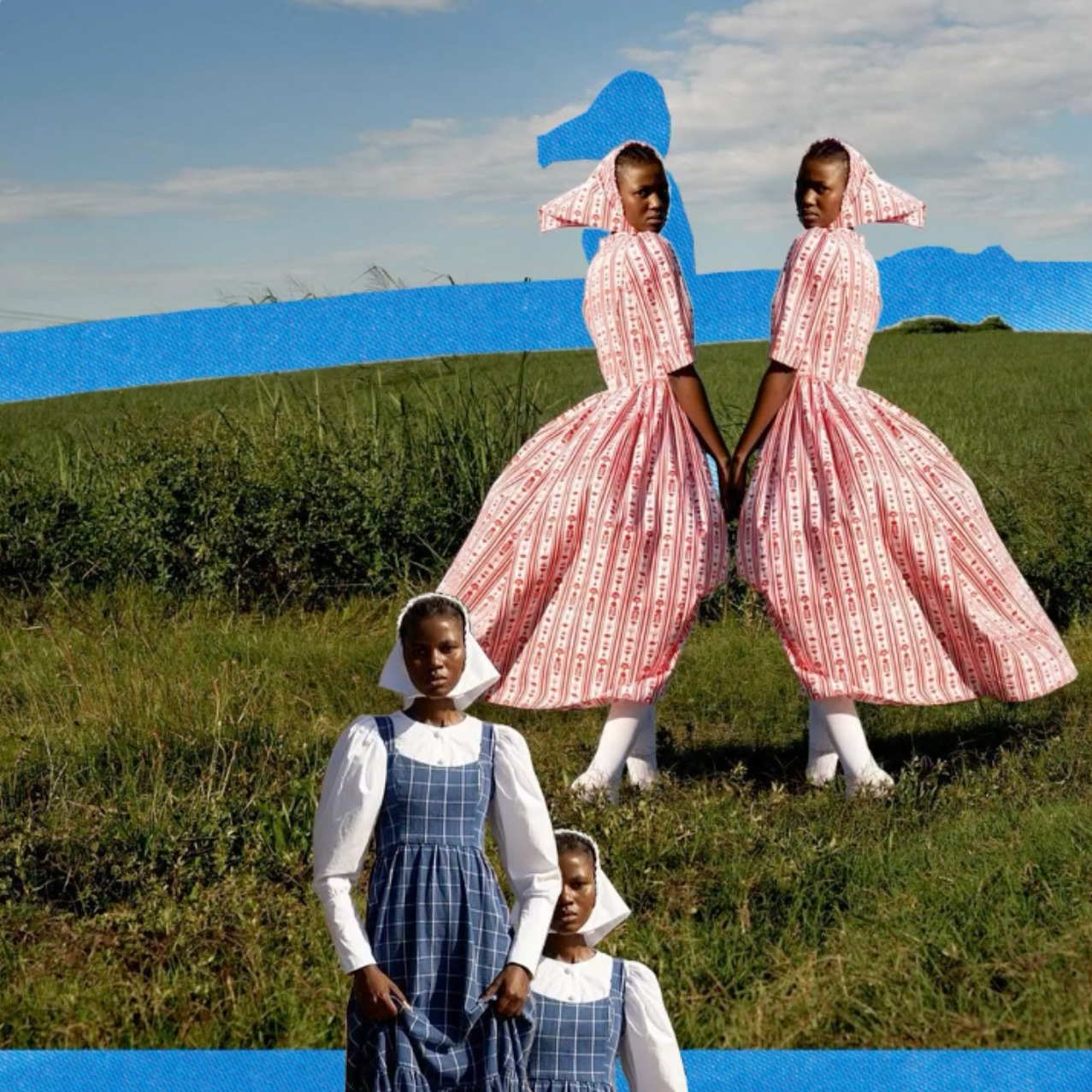 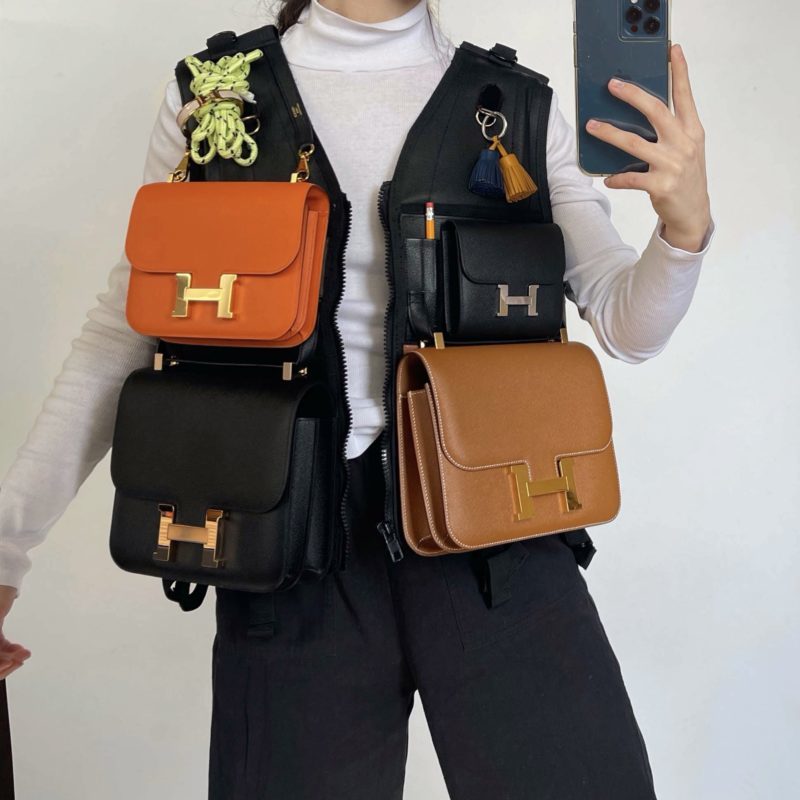 All the beautiful things, where do they go? 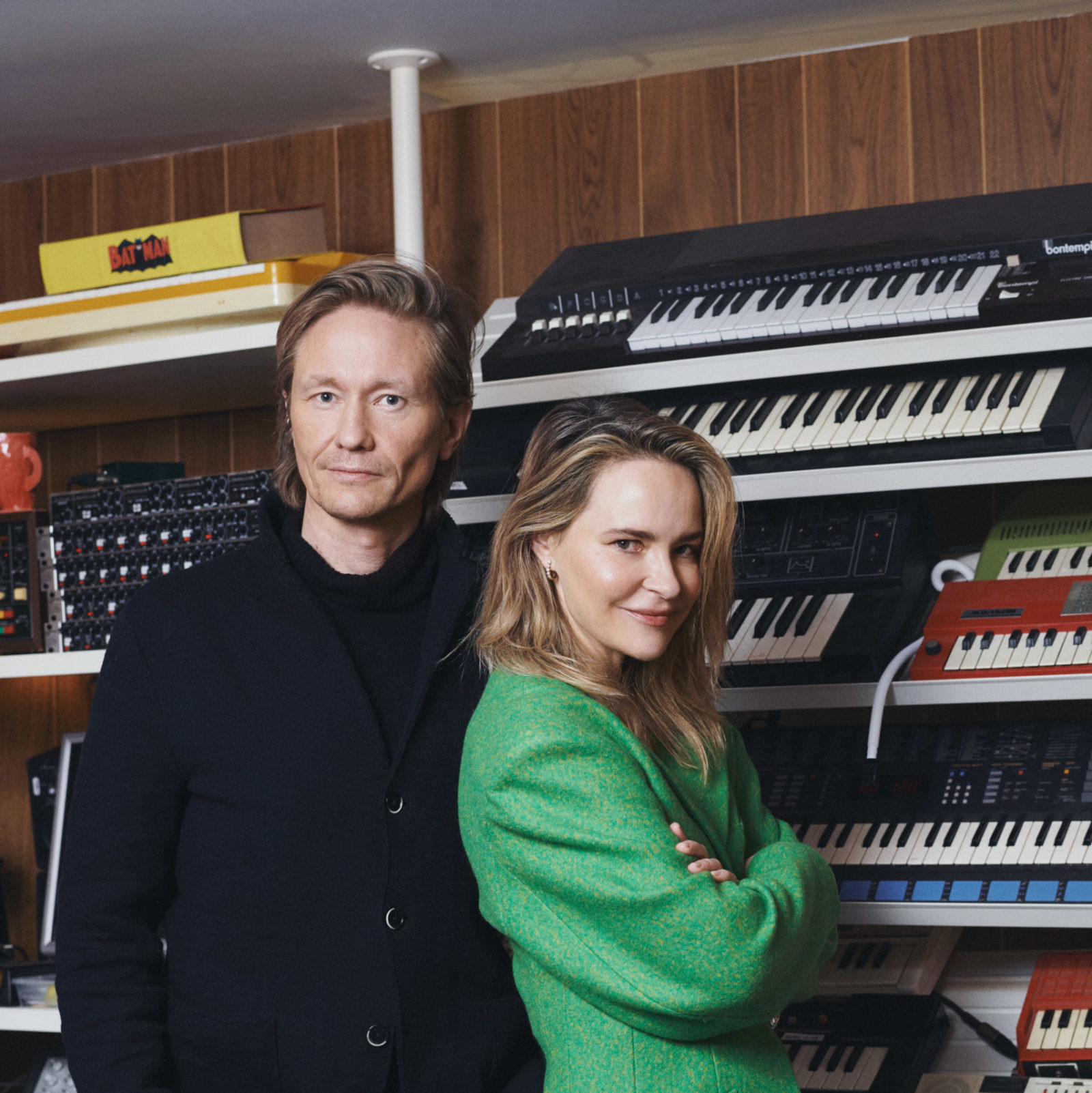