HOW TO BE AN AGENT OF CHANGE

The CEO of the Global Fashion Agenda Federica Marchionni brings her energetic leadership style to the influential industry nonprofit that campaigns for a net positive fashion industry for people and the planet.

The temperature is soaring when Federica Marchionni and I speak by video call. It is just over a year since the high flying luxury executive took the leadership role at Global Fashion Agenda in Copenhagen (the influential industry nonprofit founded by Eva Kruse, who stepped down from the CEO role to join Pangaia in February 2021. “Global warming is really coming. I remember it was just the same last year when the IPCC report on Climate Change was coming out and I remember feeling, yes, we are doing this work for a reason,” says Marchionni, who is chatting to me from Italy where she has been visiting her mother.

It has been an intense first year in the role for Marchionni and she is still taking stock of the GFA Summit which returned IRL in June. Themed Alliances for a New Era it called for urgent action and bold collaborations across the fashion industry, “even between competitors”. Among the headlines generated by the summit was the $15 million donation from Shein, the fast fashion retailer, given to The Or Foundation, which works between US and Ghana, campaigning around the impact of throw-away fashion on environmental and community health. And there was the significant announcement of the first GFA Summit to be held outside Copenhagen, with a Southeast Asia Edition planned to take place this autumn, shifting the Eurocentric focus of the discussions. “Because as you know, most of the greenhouse gas emissions are created during the phase of production and production happens mainly in southeast Asia for the big quantities.” 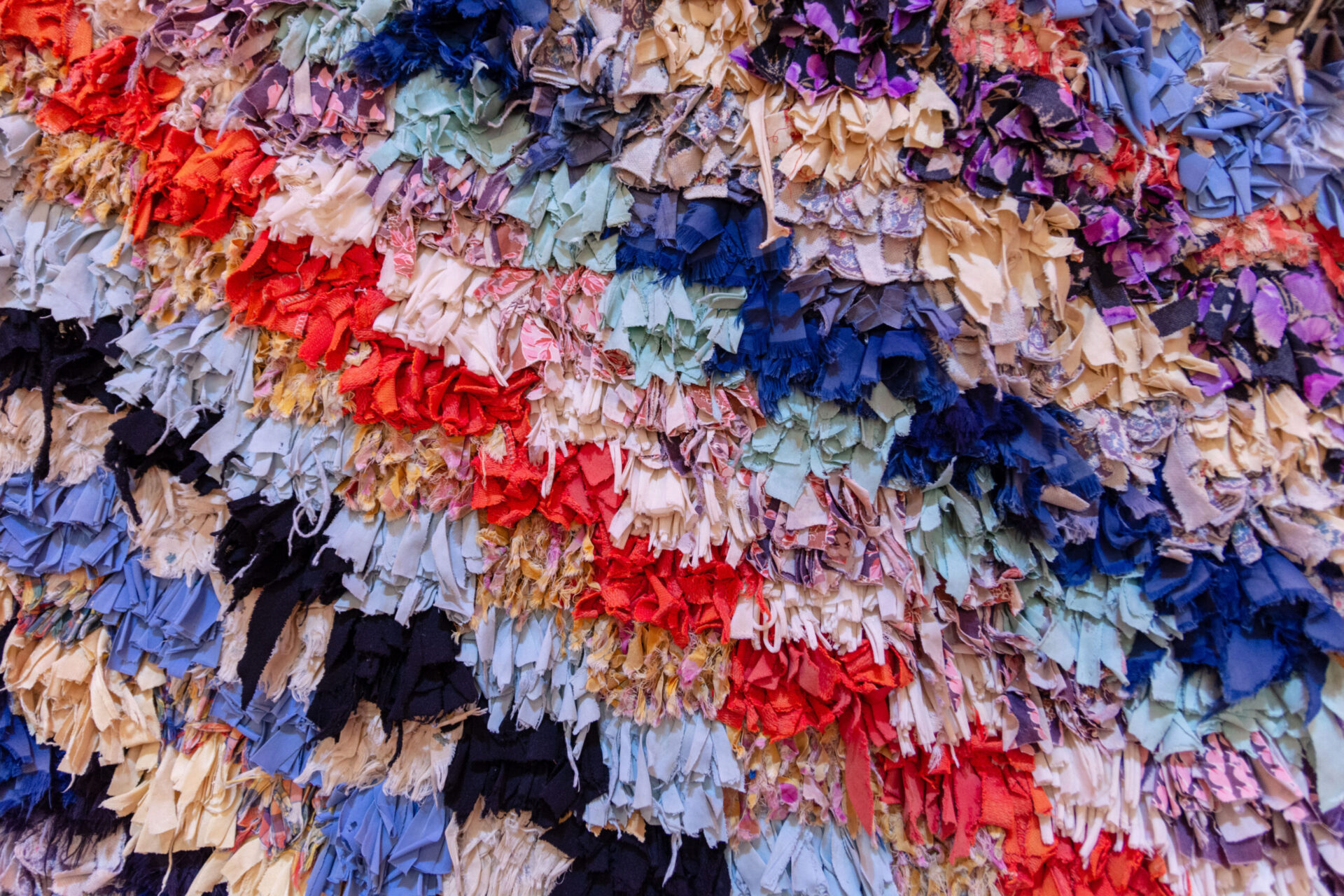 For Marchionni, who began her role in lockdown, being able to bring industry leaders together in person in June was key. She’s clearly proud of the shift in tone and focus: “The programme content was our boldest yet, not because I was part of it, but I definitely tried to stress a lot on discussing challenging topics… You have to flip the script and make way for a new fashion mentality…we have to start acting differently.”

Marchionni and I only have an hour together to talk, but it doesn’t take long to get a sense of her leadership style – fast-moving and  action-oriented, as well as being a fierce champion of her team.“You really have to stay ahead of the curve as a leader and a person,” she says. “With the Summit, I didn’t do anything by myself; the team played the biggest role and I will never stop thanking them,” she says. She knows her strength lies in her restless appetite for change. “I’m a forward thinker. I’m not an innovator, because I’m not an engineer; but I observe first and understand what needs to be changed. I push for more changes, because I lead my example. In the end it is a win-win for everyone – for the consumer, the industry and the planet most importantly.”

Sleek and composed (even over a glitchy video connection I can see that she carries herself with the cool grace of a ballerina), Marchionni’s CV boasts a lengthy stint as President of Dolce and Gabbana and C-suite roles at US lifestyle brand Land’s End and Secoo, the Chinese luxury E-commerce platform. Her own  background is, however, a world away from the luxury boardroom. Proudly describing  herself as “a self-made woman”, she says she grew up in “very low class” circumstances in a rural village 50 km or so outside Rome, “close to the places where milk was created, so we’d get fresh milk from the farms, instead of going to the supermarket.” She’s written a memoir telling the story of her early llife and career ascent which will be published in English next year..

“Pushing for more action and walking the talk… presenting pragmatic change and ensuring more alliances to work together. We can definitely reduce greenhouse gas emission and have more people in the supply chain with a better system both in their work environments and their  wages. And we need concrete numbers,”

After starting her career in telecommunications, the story of her leap into fashion is one of those sliding door moments that should make her autobiography ripe for Netflix adaptation: She was in an airport lounge in Stockholm in 2000, when she happened to start chatting to Dolce and Gabbana: “I didn’t recognise them and I asked them what phone they used. It wasn’t Ericsson, the company I was working for, so I presented them with the full range of Ericsson phones,” she recalls with a smile. Not long after the airport encounter, the designers offered Marchionni a job – as President.

She moved to New York for the Dolce and Gabbana role.“I always had an appetite for the world and at that time New York was the most global city in the world for me.” For all the glamour, the travel and international adventures that ensued, she says she “always had purpose” in her roles.  “Now that I have shared with you my background, you will understand why I really care and am concerned about the people in the supply chain. I feel I am the daughter of one of those workers. And, of course, I was born in a place where nature is number one – I can connect the dots.”

The GFA opportunity came around for Marchionni at exactly the right time; she was ready to leave China and with her broad-ranging experience, the opportunity to “make systemic change in the industry, it’s very relevant to me”.  I’d say Marchionni’s brisk alacrity is also very relevant for the fashion and sustainability movement. She prefers action to lofty pledges. “In fact, we had an action stage [at the summit] for that reason and that action stage was extremely successful.  The other thing you need are solutions and we presented very interesting solution-providers at the summit, so that they could expose their solutions and companies could seek them out during the break sessions.” 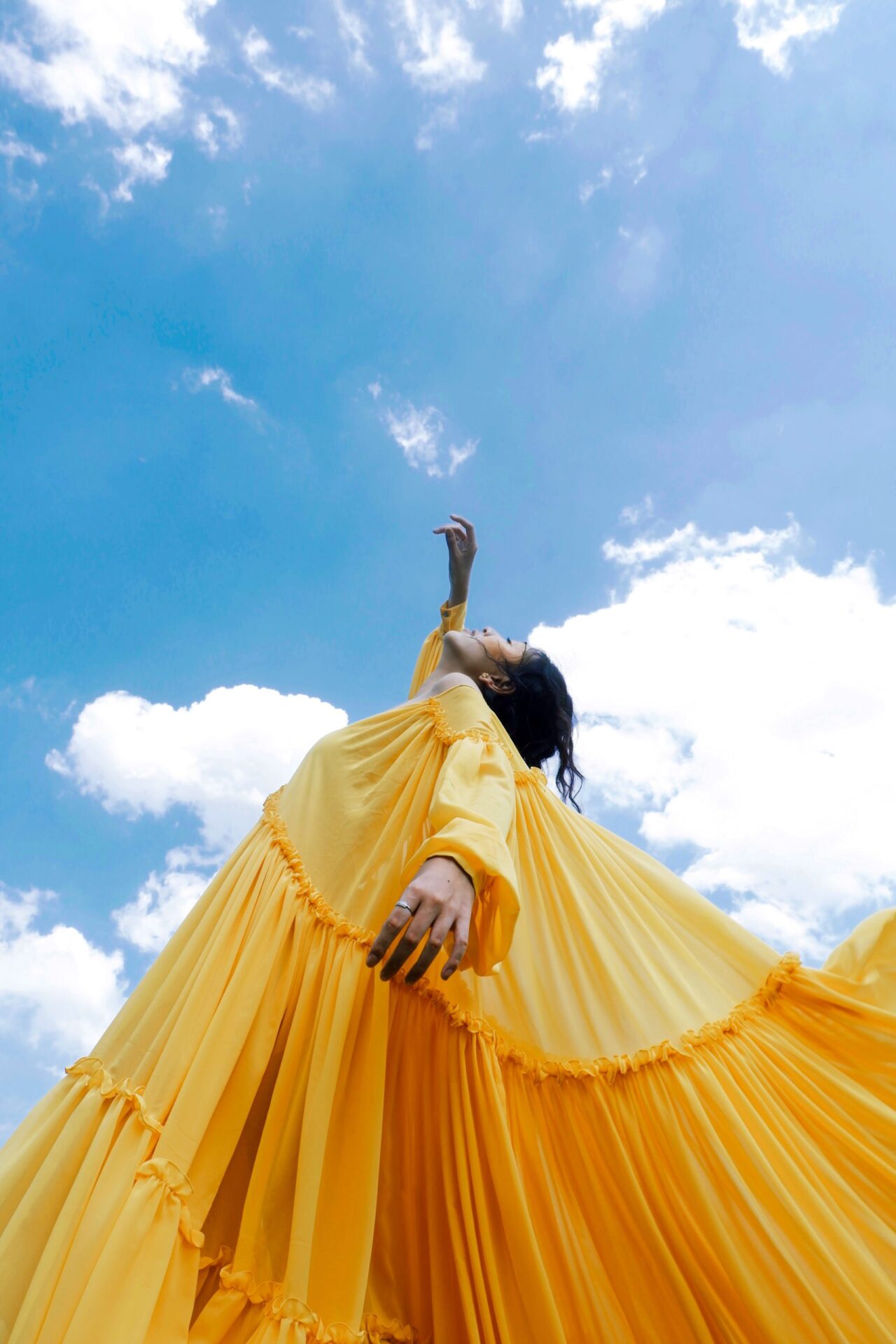 She knows that to elicit honesty with corporate leaders and to walk up to unpalatable truths, you need to be strategic. “We also hosted an assembly meeting with executives that was more of a closed door, because we wanted to be super open to discuss.” And she is clearly not afraid to walk up to controversy. On reflection, what does she think about the announcement of the Shein donation (which was seen by some as ‘greenwashing’?). “I welcome any initiative that helps people,” she replies, while clarifying that the companies that she considers to be sustainable are the ones who embrace the five priorities that the GFA suggests: Respectful and secure work environments, Circular systems, Better wage systems, Efficient use of resources and Smart material choices. “I prefer solid work… not necessarily being loud, however, as I said this is fantastic and we welcome initiatives like that and hopefully there will be more actions to come that are more concrete.” And, of course, the Shein/Or foundation story was far from being the only big name news at the Summit,  which saw Ralph Lauren launching their circularity strategy and a $250 million Fashion Climate Fund was announced, supported by H&M and Lululemon.

Marchionni’s pragmatic focus and urgency are inspiring, but she knows that the road to net zero in fashion is far from easy. “We’ve been facing unprecedented challenges, not only with the pandemic, but in February we started a war in Europe…”

“Maybe the biggest and hardest thing for us as a non-profit is fundraising during a time when the industry has different priorities.” She points to the costs of producing the GFA monitor “a humungous work that we give for free to the industry so they can learn. ”. Similarly, the Summits, which Marchionni is determined to make global, are also major productions and costs

The mission is all-consuming and she readily admits that in the run up to the summit, her life-work balance swung  too far one way. “I learned from my friends that I need to sleep more for sure!”.  What are the other things that bring her sustenance? “Exercising in nature, I try to run in the park, that  lifts my spirits”,  and “the moment I hear or see my son!” Her son is 14 and she shares, somewhat wryly, that her GFA role is perhaps the first of her mega-jobs that has truly met with his wholehearted approval: “He Is actually proud of me now for the first time,” she laughs.

What’s next? She wants GFA to play a bigger role at COP this year and to move forward on their  five priorities, “Pushing for more action and walking the talk… presenting pragmatic change and ensuring more alliances to work together. We can definitely reduce greenhouse gas emission and have more people in the supply chain with a better system both in their work environments and their  wages. And we need concrete numbers,” she says emphatically. “I used to be a CEO of a profitable company and I know that results and  concrete numbers help reduce the sense of intimidation around sustainability… It’s like okay, we can actually make some progress and  keep going in the right direction,” she says with her characteristic mix of pragmatism and aplomb. Federica Marchionni: A  true agent of change.