The London-based founder and creative director talks to Emma Sells about turning her aversion to waste into a fashion brand, collaborating with Gabriela Hearst and why she avoids stretch denim at all costs

Anna Foster has turned minimising waste into an art form. Her six-year-old London label, E.L.V. Denim, transforms discarded jeans into ultra-flattering, forever shapes, but that’s really only half the story. Foster sources the second-hand jeans from warehouses across the UK – she has a habit of shimmying up ladders and rummaging through long-forgotten boxes to hunt down treasures – then takes the chosen shapes back to her studio where they’re meticulously sorted and graded. The best are cut and spliced into her signature, contrast-panelled jeans while the rest – anything with stains or rips that need to be circumnavigated – are turned into dresses and jumpsuits. The scraps, meanwhile, are sewn together into big squares of patchworked fabric that’s then used to make mini skirts. Nothing is wasted, nothing is sent to landfill – and because Foster wants to help make the fashion system better from beginning to end she’s even, in all the spare time she has between running a business, styling, her role as Fashion Director at Large for Russh magazine and raising a family, started working with an organisation to look at ways of better recycling textiles in the UK.

Foster has an innate aversion to waste, which she credits, at least in part, to her mother – an ultra-glamorous and incredibly innovative woman with a flair for creating something from nothing; instead of buying her daughter stickers that she could take into school and swap with her classmates, she fashioned her own from sticky-back plastic and Penguin wrappers. So, while Foster loves beautiful things, she’s determined to challenge our collective obsession with speed and newness. “As an industry, we’ve polluted the environment so much by making these raw materials and we all ignore what it costs to make these things that we just chuck away because they’re so cheap,” she says. “We don’t value our clothing. And I really want to be in a world where, as soon as anybody buys something, they feel that they have to look after it like it was priceless.” 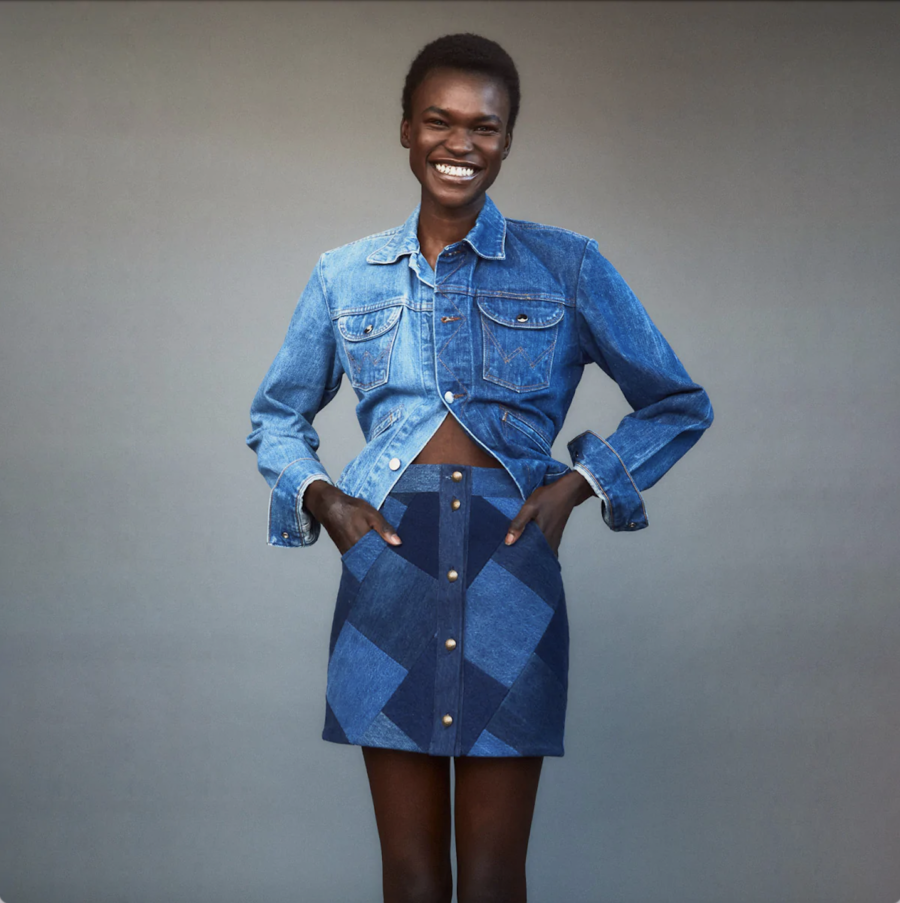 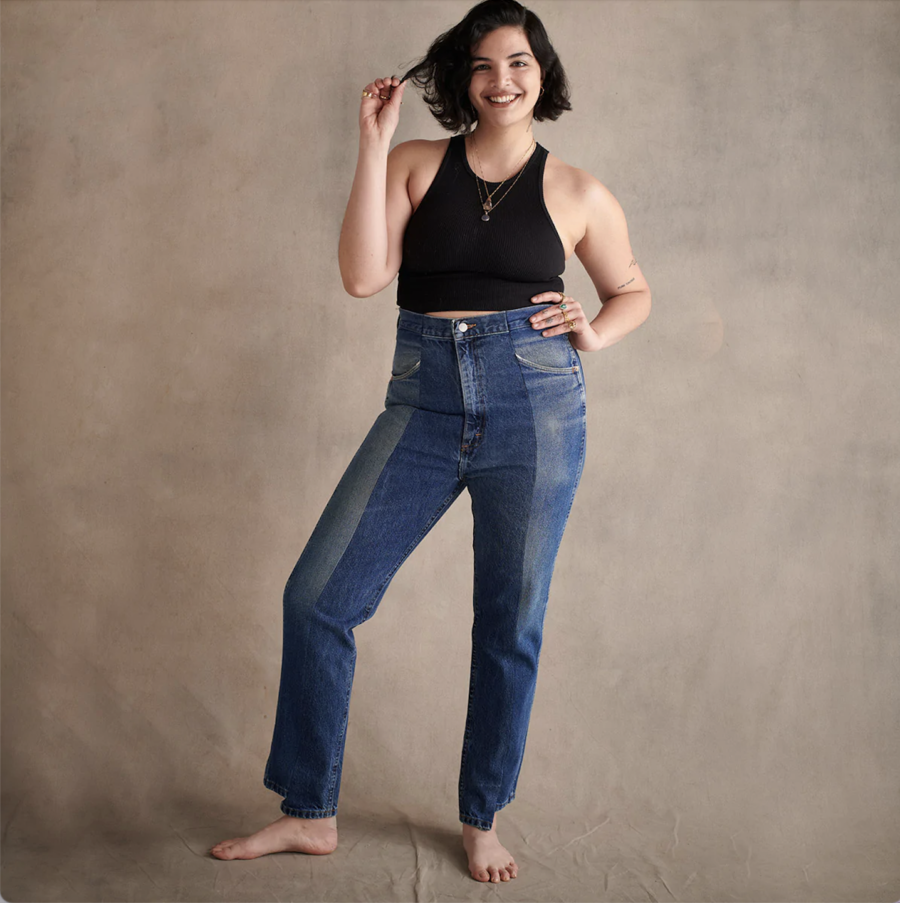 “As an industry, we’ve polluted the environment so much by making these raw materials, and we all ignore what it costs to make these things that we just chuck away because they’re so cheap. We don’t value our clothing. And I really want to be in a world where, as soon as anybody buys something, they feel that they have to look after it like it was priceless.”

Her locally made pieces (everything is produced within a five-mile area of her studio) are designed to last a lifetime, made exclusively from rigid denim – all the better to hold its shape and hold you in for a more flattering fit – and with seams running down the front and back, which means that the size can easily be adjusted up or down if needed, and that panels can be whipped out and replaced if they’re accidentally damaged. Foster wants them – and all clothes, for that matter – to be treasured, repaired and treated like a precious commodity rather than something disposable. “I have a Hussein Chalayan skirt that I got when I was paid in clothes as a styling assistant and I’m the only one in the world who has it, so I will never, ever get rid of it,” she says. “That’s why I set up E.L.V. Denim, because when you create garments out of post-consumer waste, every single one is different. It gives that opportunity for someone to have a unique garment in their own possession; they’ll have an emotional attachment to it and hopefully value it more.”

The brand has expanded its repertoire to include oversized, mixed-and-matched striped shirts (with the off-cuts whipped into patchwork skirts) and there are more categories to come – precisely what will be dictated by what Foster can find when rummaging through those warehouses. There is also a collaboration this season with Gabriela Hearst – the game-changing result of a chance encounter at the Fashion Awards – on neatly buttoned graphic denim shirts and flared jeans. “It was the most natural, great experience,” says Foster. “All the pieces will be unique because they’re all made with our same ethos – we’re sourcing all the shirts and it’s all made locally here. What’s so lovely about going into all these all these collaborations, though, is that they really push me as a designer to be better and better. We’re always trying to be better.”

Her biggest piece of advice for anyone hunting down the perfect pair of jeans is simple: avoid stretch denim at all costs. “I will die a happy person if no one ever makes stretch denim again,” she says. “It doesn’t hold you in; it stretches out of shape, so six months later you discard it because it falls off every time you put it on. And you can’t recycle it because it’s blended with elastane. Stretch denim is suffocating us. It’s like a clean piece of clingfilm round and round the world.” She’s not saying that rigid denim is by any means perfect, of course, but at least it has longevity and can be reused and recycled with ease. “To make one pair of jeans uses the same amount of water as you drink in 13 years and that’s insane.” she says, “So we have a duty to use all that material up.” 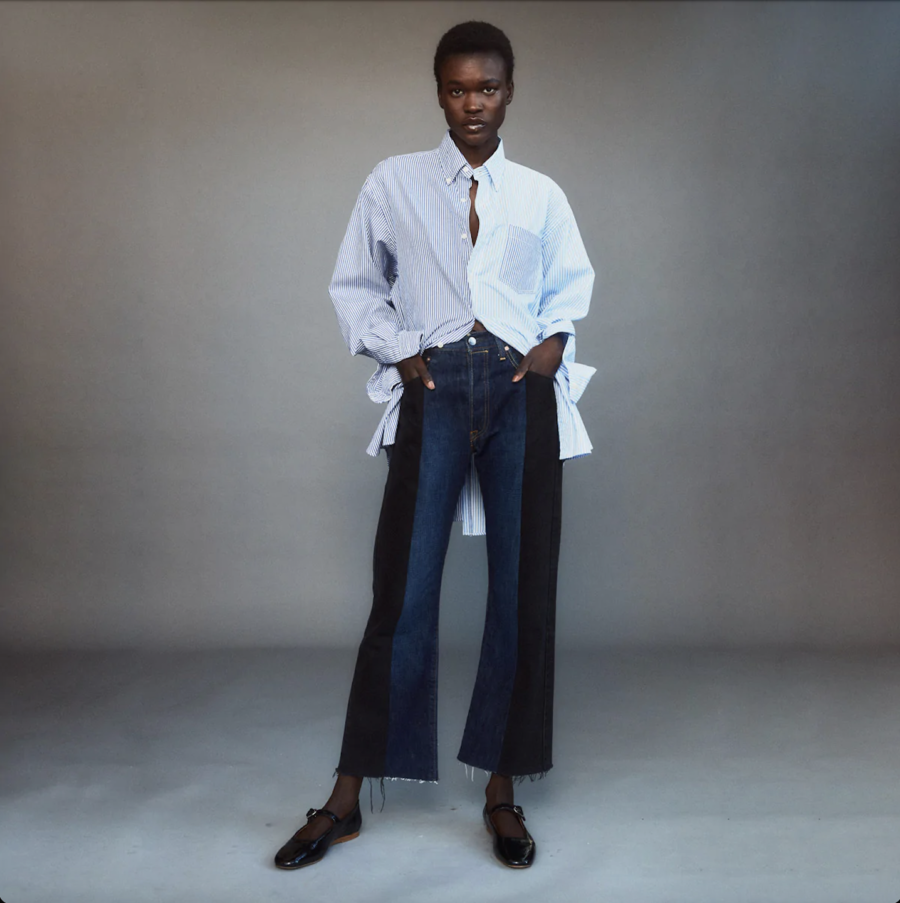 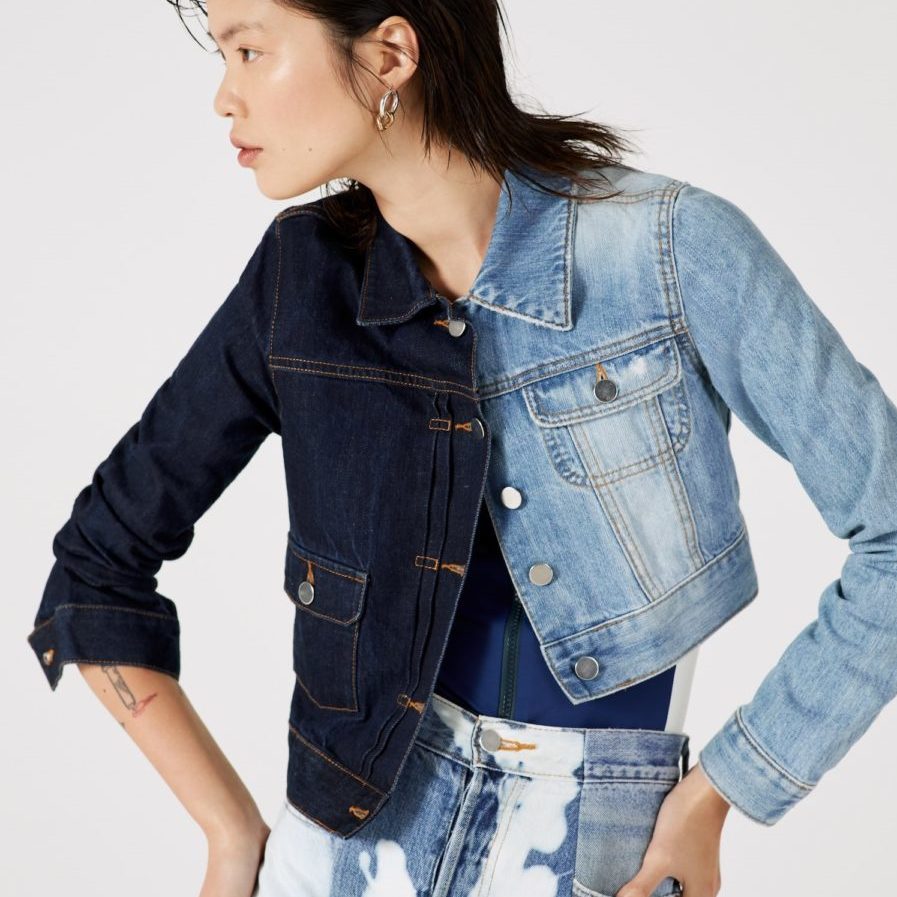